The frontline work has been underpinned by a lovely succession of office princesses over the years, all of whom have taken on the task of running a small charity and providing some organisation amidst the creative chaos – here’s our current administrator, Jenny (who prefers to think of herself as the Office Queen!) on why she joined the Zephaniah team…

It is an odd thing to suggest that God has called you to be an administrator – to shuffle pieces of paper from one side of a desk to the other – but I was called, and ever since it has been clear that God has had a plan for me, for the Zephaniah Trust, and for my family.

Back in 2009 I was working as a teaching fellow at Leeds University. I loved the actual teaching but detested the undervaluing of staff, the constant changing of goalposts, and all the other rubbish that you get in such a vast organisation.

In February 2009 the Zephaniah Trust held their Birthday Bash at the Thornbury Centre, and I went along. It was the year that the team floated their vision of Julie becoming a full-time storyteller, by the employment of a dedicated administrator. I found myself thinking, “I could do that….I think I’d like to do that….but…..”. There were a lot of ‘buts’, but God has a way of just slicing through things. During the evening performance, when singing “If you don’t go, you’ll never know”, John Froud brought a word of challenge – sometimes you have to take a step, take a risk, come out of the cave in which you are hiding, to see what God has got planned for you.

It was the summer before the funding was in place and the Trust’s vision could happen. I took a step, and spoke to John about the administrator job. I took a risk, and spoke to my Head of School at the University, and discussed the possibility with him. I took an even bigger risk and raised the idea with Andrew, my husband… 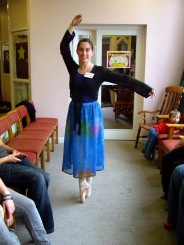 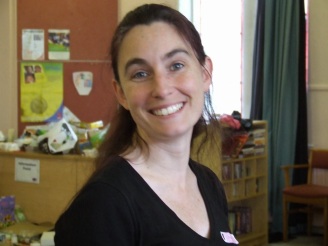 If God was ever in something, then He was in this. I suggested to my non-Christian husband that I leave my permanent (the university had a no-redundancy policy) job to take an 18-month contract working more hours for less money, and he bought it! I started at Zephaniah in January 2010 and it has turned out to be a very long 18 months!

What the last four years have taught me is that God’s plans are amazing. Not only has the Trust been able to do more work in more schools and churches, but even Andrew has been known to comment that it was a good move, as I’m a lot less stressed (most of the time!). It was good for my son, Thomas, as I can drop him off and pick him up from school at the normal times – the holy grail for working parents. When Andrew was made redundant two years ago, I had a wobble, thinking, “What have I done?”, but it turned out that through working for Zephaniah I had picked up a multitude of new skills (accounts, websites, etc) making me far more helpful to Andrew as he started his own business.

We didn’t know what was going to happen when I made that first step, took that first risk – but God did – and He had it covered.